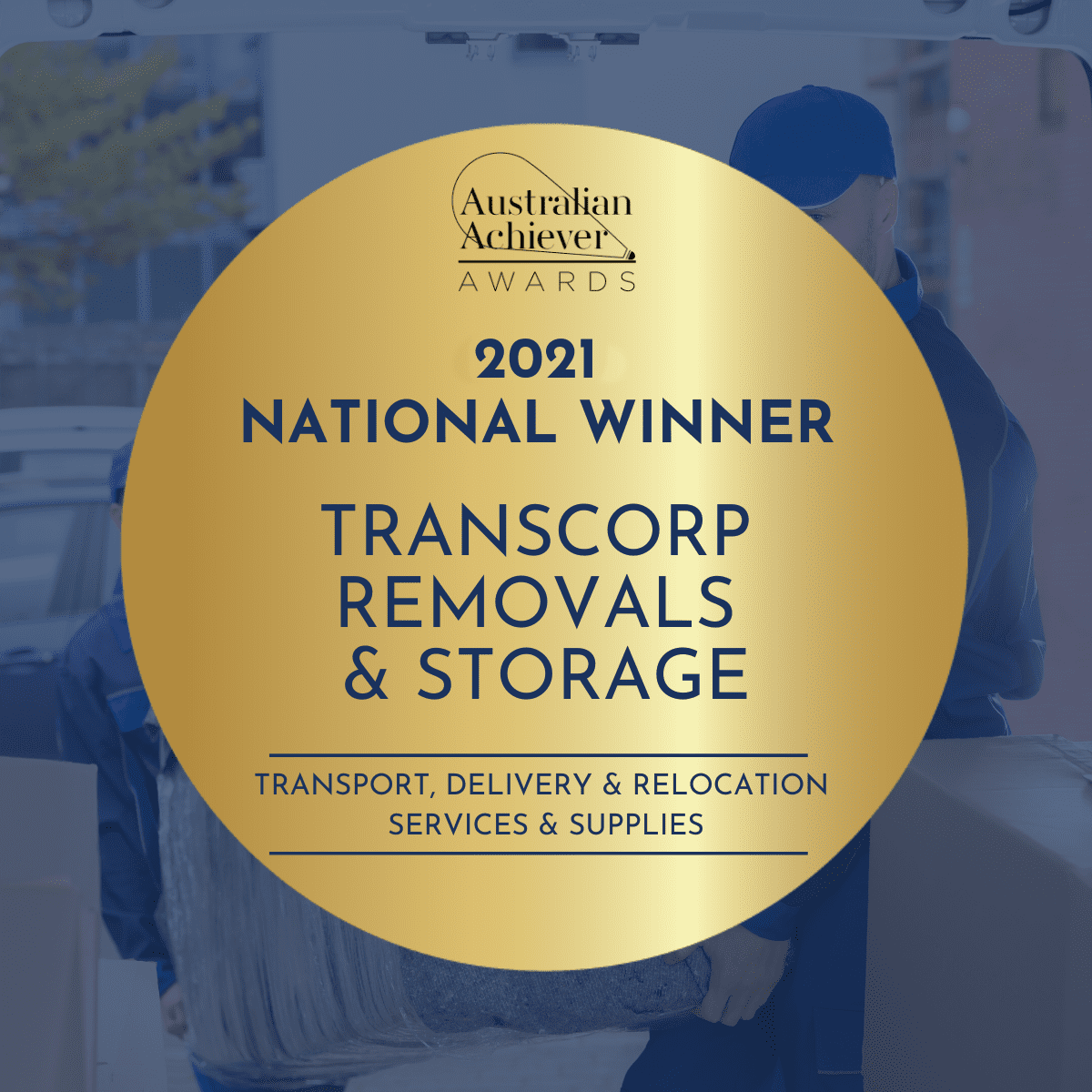 Awards speak a millions languages. We have been voted Removal & Storage Company of the Year for four consecutive years 2008, 2009, 2010, 2011 and recently in 2014 & 2015. Transcorp have won the category “Best Services” in the Australian Small Business Awards.

Customers, peers, businesses and independent judges have all performed a detailed analysis on the company with deserving accolades awarded.

We are very humbled and honored to receive these prestigious awards and understand that we can’t rest on them alone as we need to maintain the upmost service to you, our customers.